NNI Supplement to the President's 2016 Budget 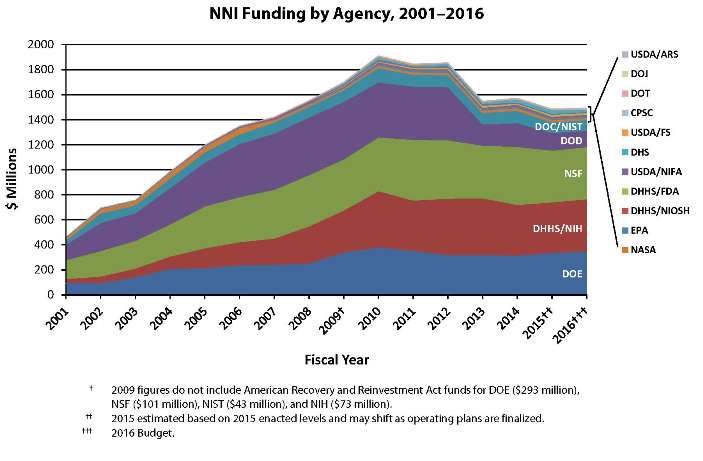 This document is a supplement to the President’s 2016 Budget request submitted to Congress on February 2, 2015, and serves as the Annual Report for the National Nanotechnology Initiative called for under the provisions of the 21st Century Nanotechnology Research and Development Act of 2003 (Public Law 108-153, 15 USC §7501). The report also addresses the requirement for Department of Defense reporting on its nanotechnology investments, per 10 USC §2358.

The President’s 2016 Budget provides $1.5 billion for the NNI, a continued investment in support of the President’s priorities and innovation strategy. Cumulatively totaling more than $22 billion since the inception of the NNI in 2001 (including the 2016 request), this support reflects nanotechnology’s potential to significantly improve our fundamental understanding and control of matter at the nanoscale and to translate that knowledge into solutions for critical national needs. The NNI investments in 2014 and 2015 and those proposed for 2016 reflect a renewed emphasis on accelerating the transition from basic R&D to innovations that support national priorities, while maintaining a strong foundation of broad, fundamental research in nanoscience that provides a continuing pipeline of new discoveries that will enable future revolutionary applications.
The President’s 2016 Budget supports nanoscale science, engineering, and technology R&D at 11 agencies. Another 9 agencies have nanotechnology-related mission interests or regulatory responsibilities. (See the Acronyms page for agency abbreviations.) The NNI Supplement to the President’s 2016 Budget documents progress of these NNI participating agencies in addressing the goals and objectives of the NNI. 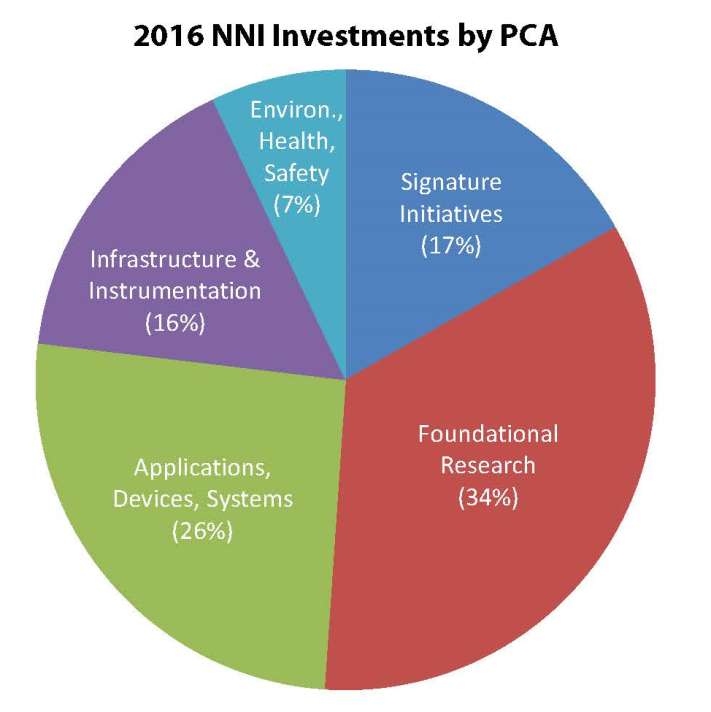 The 2016 Budget is the second in which the funding for nanotechnology at the NNI participating agencies is being reported under the revised Program Component Areas (PCAs), or budget categories, outlined in the 2014 NNI Strategic Plan. Although the updated PCAs do not reflect a change in the overall scope of the Initiative, direct comparisons should not be made between spending figures by PCA for 2013–2016 and previous years, with the exception of PCA 5 (Environment, Health, and Safety), which remains unchanged between the old and new PCA categories.

The term "nanomaterial" refers to nanoscale materials, or materials that contain nanoscale structures internally or on their surfaces. These can include engineered (or man-made) nanometer-scale objects such as nanoparticles, nanotubes, and nanofilms, as well as naturally occurring nanoparticles such as volcanic ash, sea spray, and smoke.

Stay Connected with the NNI