END_OF_DOCUMENT_TOKEN_TO_BE_REPLACED

For years, researchers have been trying to find ways to grow an optimal nanowire, using crystals with perfectly aligned layers all along the wire. Now, researchers have found that a defect that occurs in the growth process causes the layers of crystals to rotate along an axis as they form. This defect creates twists that give these nanowires advantages, particularly in electronics and light emission.

Researchers have found a way to make synthetic hydrogels act like muscles by putting them through a vigorous workout. After being mechanically trained in a water bath, the hydrogels became pliant, soft, and resistant to breakdown.

Ovarian cancer is usually diagnosed only after it has reached an advanced stage, and most patients undergo surgery to remove as many of these tumors as possible. But because some tumors are so small and widespread, it is difficult to eradicate all of them. Researchers at the Massachusetts Institute of Technology have now developed a way to improve the accuracy of this surgery and remove tumors as small as 0.3 millimeters — smaller than a poppy seed — during surgery in mice.

Scientists have produced a new, less invasive platform that uses nanomaterials and may help heal damage in patients who had a heart attack by turning the body's inflammatory response into a signal to heal, rather than a means of scarring the heart.

Researchers have 3D-printed an all-liquid device that, with the click of a button, can be repeatedly reconfigured on demand to serve a wide range of applications – from making battery materials to screening drug candidates.

Researchers have discovered a way to control the direction of electron spin in a cobalt-iron alloy, influencing its magnetic properties. The result could have implications for more powerful and energy-efficient materials for information storage.

Scientists have discovered that graphene quantum dots drawn from common coal may be the basis for an effective antioxidant for people who suffer traumatic brain injuries, strokes, or heart attacks. Quantum dots are semiconducting materials small enough to exhibit properties that only appear at the nanoscale.

Scientists have invented a new "synthetic antibody" that could make screening for diseases easier and less expensive than current go-to methods. Such “synthetic antibodies” consist of the combination of synthetically produced molecules that are similar to peptides and tiny cylinders of carbon atoms called single-walled carbon nanotubes.

Engineers have made thin polymer films that conduct heat – an ability normally associated with metals. They found that the films, which are thinner than plastic wrap, conduct heat better than many metals, including steel and ceramic. These results may spur the development of polymer insulators as lightweight, flexible, and corrosion-resistant alternatives to traditional metal heat conductors. 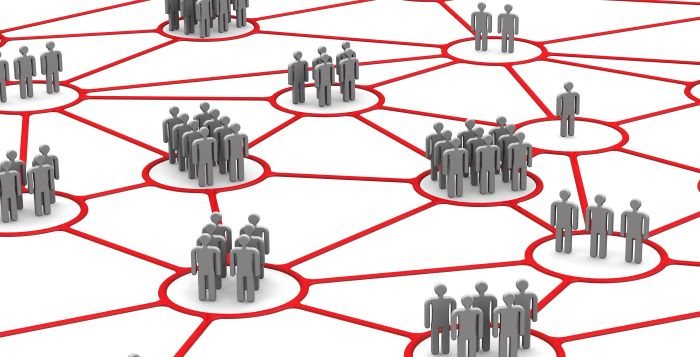 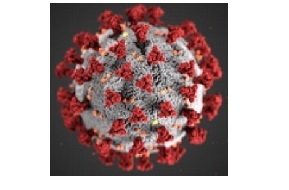 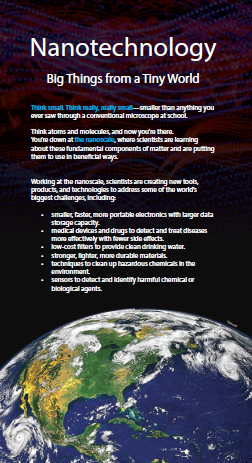